Today we know that humans since the ancient times have been using herbs as a mean of medicine to cure different ailments. Egyptian history reveals that ancient Egyptians had knowledge of about some 850 plant medicines like garlic, castor beans and junipers to cure diseases of limbs, skin etc. Today, several pharmaceutical drugs contain essential chemical extracts discovered through the study of these curing herbs.

Turmeric and Black pepper are two such spices that are known for their medicinal uses. Turmeric is known to have been used in Ayurvedic medicine for thousands of years. Both these spices are very popular among the Asian cuisine. Today we know that they do not just add flavors to our food but also provide us with great health benefits.

Turmeric is traditionally used as a disinfectant on wounds especially in some Asian countries. It is a very powerful antioxidant and anti-inflammatory agent. It is also known to have anti-septic, anti-fungal and anti-bacterial properties. Turmeric is rich in a bright yellow colored chemical compound called curcumin. Curcumin not just imparts color to turmeric but is also found to be a beneficial anti-inflammatory compound. It is also believed that curcumin protects healthy cells from free radicals that can damage and degrade living cells. 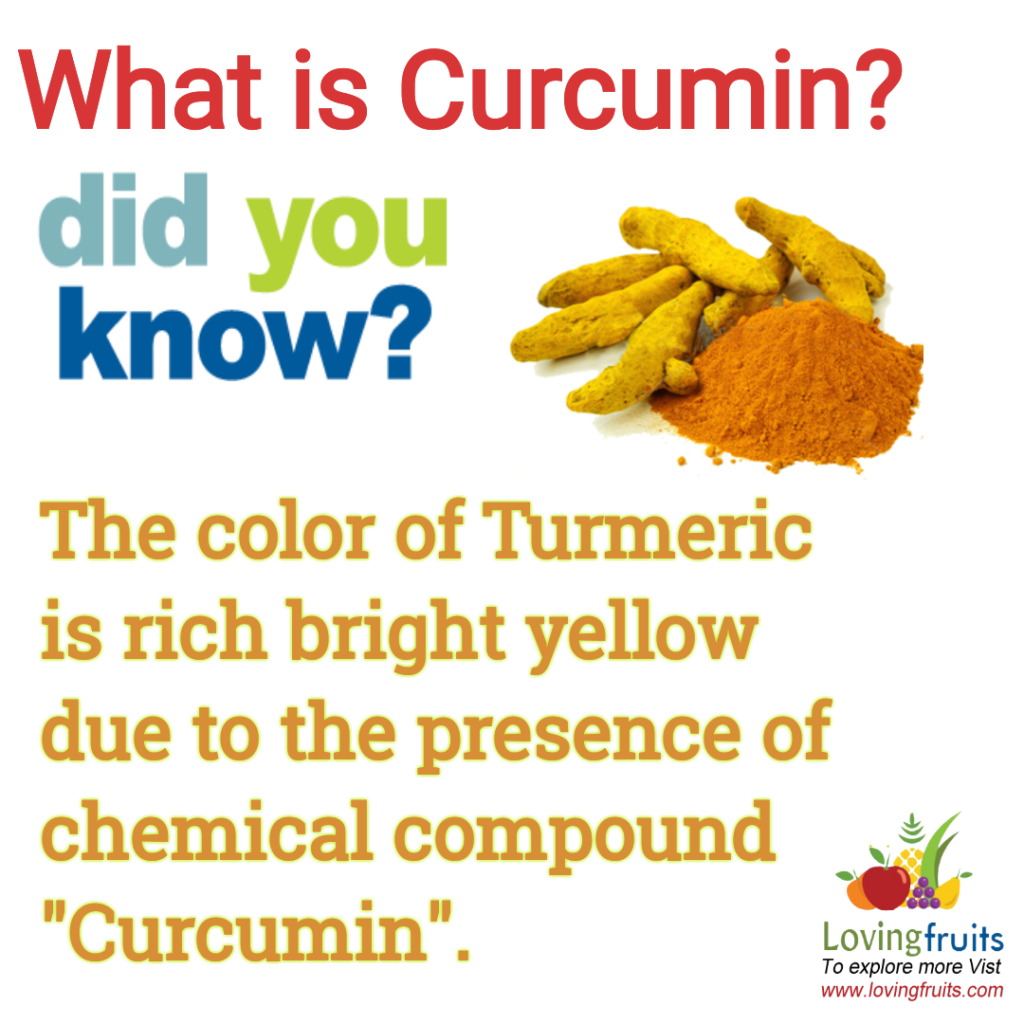 What we need to know here is that our body cannot absorb every beneficial thing even if it is a part of our food. At times it needs a little assistance to bring out the best from a thing. Turmeric has a very low bioavailability in our body. By bioavailability, I mean that turmeric is readily metabolized by our liver and the intestinal walls. Thus, rendering a very large proportion of it unavailable for the body to absorb it whereas, only a fraction of it gets absorbed into the bloodstream. So, even if we consume turmeric, it will not provide many benefits to the body. Our body needs something that can help it extract the beneficial compounds out of the turmeric and get the full benefit out of it for our body.

Studies have shown that use of black pepper with turmeric enhances the activity of both and the combination produces a powerful combined effect.

Black pepper is a spice that is very beneficial for our body. It is known to improve digestion, helps in losing weight, regulates nerve signals and is effective against fighting cancer. Like turmeric, it also has anti-microbial, anti-oxidant and anti-inflammatory properties. Besides these, black pepper also contains manganese, essential for the formation of connective tissues, sex hormones, and bones. A chemical compound called piperine is a major constituent of black and white pepper. Piperine is what makes this spice beneficial.

Black pepper was examined to study its role in the bioavailability of turmeric in rats and humans. It was observed that piperine increases the serum concentration of curcumin, enhances the degree of absorption and bioavailability in both the specimens. This is thought to be because of piperine’s ability to inhibit the activity of some intestinal enzymes responsible for the rapid metabolism of curcumin. This, in turn, improves the absorption of curcumin. Curcumin administered with piperine was also found to stay longer in the body. Plus, no side effects observed for using turmeric with black pepper.

So, it is best to use turmeric with black pepper to get maximum benefit from it. 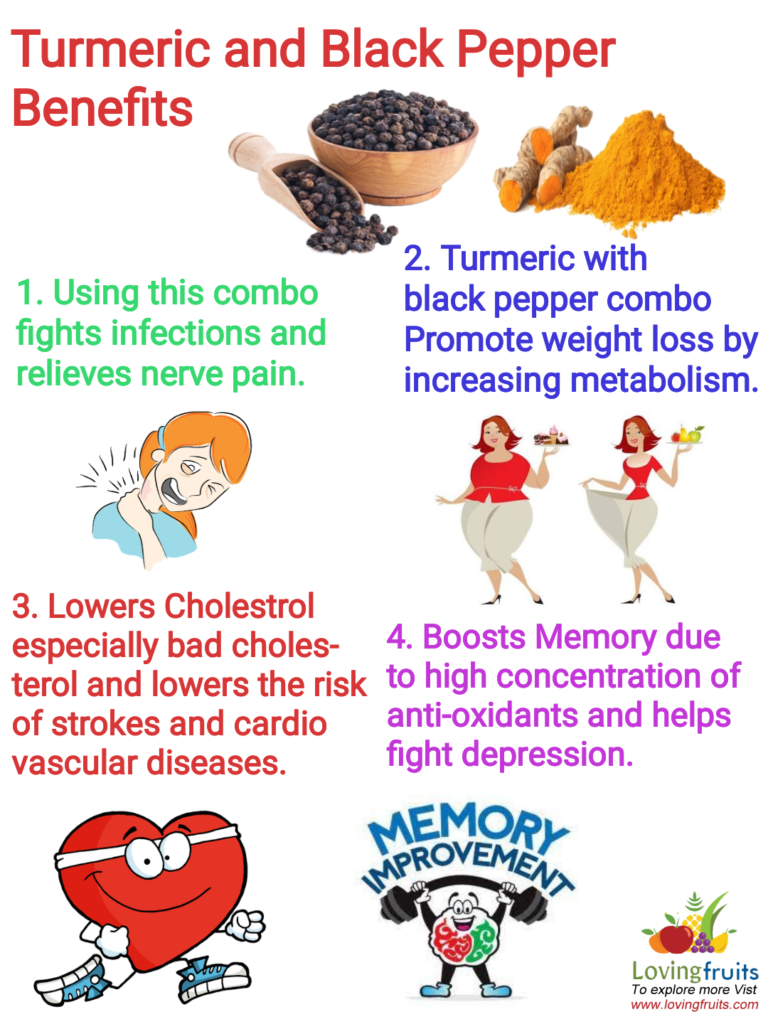 Turmeric-black pepper combination is known to deliver amazing health benefits to their consumers.

Following are some of the benefits this combination is popular for:

There is only limited data available on how much black pepper is essential for the bioavailability of turmeric. Sources suggest that piperine comprises 5% by weight of black pepper and even this 5% of black pepper has been found to enhance the bioavailability of curcumin. As turmeric and black pepper are spices, they should not be taken in large quantities. A general guideline to their daily dosage suggests that an amount of 1-3gs of powdered turmeric is considered healthy for us. Turmeric daily dosage depends on the quantity of curcumin being taken which differs in different sources of turmeric. The dosage also varies with the kind of condition for which it is taken. For example for patients of rheumatoid arthritis, 500mg of turmeric is suggested twice a day.

How can you make this combo more appealing to eat?

You can easily add these two ingredients in your daily diet. It is best to use whole peppercorns and then grind it yourself rather than buying powdered black pepper. Also, prefer to buy turmeric in its raw (root) form (that resembles ginger), dry it and then grind it to a powdered form. This extra steps will surely add more flavor to your food.  To make your experience with turmeric and black pepper combo a good one, use different recipes to increase your liking for it. You can simply sprinkle ground black pepper and turmeric on your salads, add them to your meals or try some Asian cuisine in which turmeric and black pepper are common ingredients. 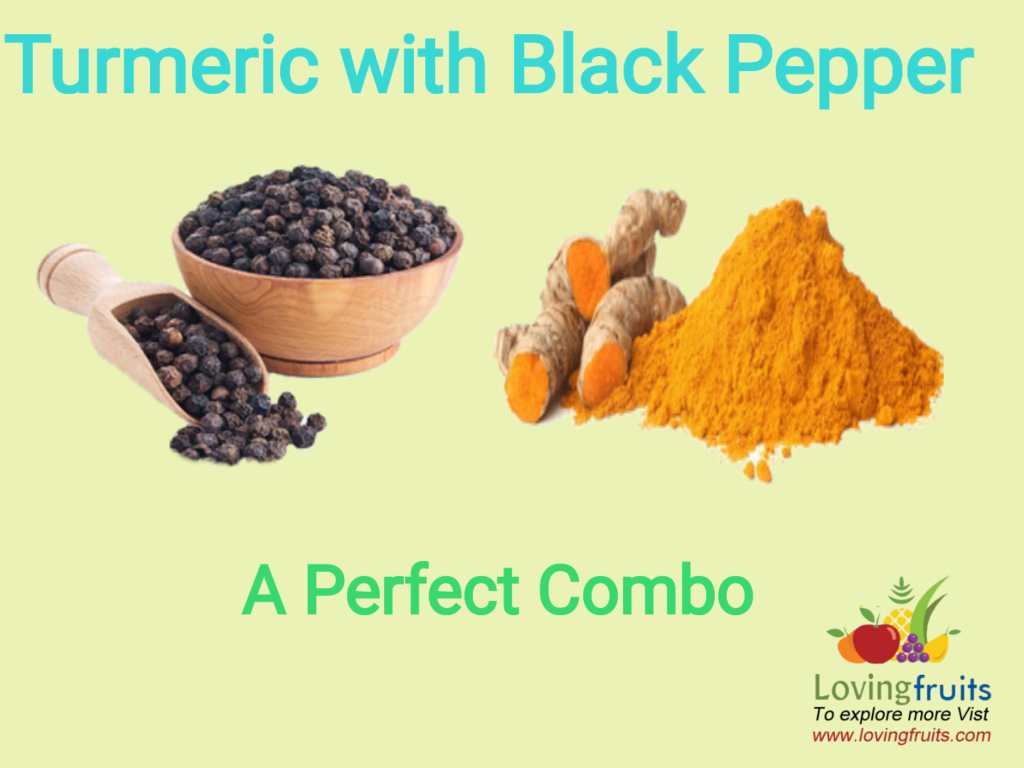 You can also make turmeric-black pepper paste (also called golden paste) at home and then use it. Begin making the paste by mixing a quarter cup of turmeric and a half teaspoon of black pepper in half a cup of water. Cook them on medium flame until it starts to concentrate. While on the flame, keep stirring the mixture constantly. When it becomes thick like a paste, cool it and pour it in a jar. Store it in the fridge to prolong its shelf life. Consume at least 2 tablespoons of this paste daily.

If you do not like to take it these ways, don’t worry, opt for supplements instead. If you choose to take supplements, take in about 400-600mg capsules daily. Adding turmeric-black pepper to coconut milk or even in your morning tea are yet some other ways to take this combination.

No doubt, the benefits of using turmeric and black pepper are enormous for us and they should constitute a must part of our diet. However, one should be careful if they have any medical condition or are allergic to any of the two ingredients.

If you are on some medication like digoxin or phenytoin, avoid taking black pepper more than a tablespoon per day. Reason being, the piperine in black pepper slows down the metabolism of certain drugs which is not good for the body. The metabolites of these drugs should be detoxified by the liver rapidly. As piperine slows down their metabolism, drug level in the body elevates. Therefore, it is advised to people on medications to be more cautious with the use of black pepper.

It is better to use natural turmeric than using supplements. Although the supplements are also very effective and beneficial, it is recommended not to use supplements in excess and on daily basis. Long term use and excessive use of supplements have been found to cause dizziness, poor digestion, and nausea. Pregnant women should avoid turmeric capsule because it can stimulate menstrual flow. Lactating women are advised not to take any herbal supplements. Patients with gallbladder issues, diabetic patients and those who are to undergo surgery should also avoid turmeric supplements. It is better to consume turmeric capsules only when prescribed by the doctor.

Those who have kidney stones problem (oxalate stones) should also avoid black pepper over consumption as it contains oxalates.

If you are under some medication and are not sure about the safety of using turmeric and black pepper then it is better for you to consult your doctor rather than deciding something on your own. It is always best to take an expert’s opinion.