Apple fruit is delicious and one of the most popular fruit, containing lots of nutrients. Red, juicy and crunchy apples are everyone’s favorite now days. Since past 40000 years apple is considered as the king of fruits. It is the most cultivated plant all over the world. On the other hand, Inner bark of several trees contains a spice known as cinnamon. It is used in foods both sweet and savory. Eating cinnamon daily protect you from many diseases. People mostly use cinnamon in tea, rice, rolls etc. well here we will tell you how to make infused water by using apple and cinnamon as an ingredient and what are the benefits of this infused water.

Well, if you are thinking to drink a lot of water daily to look pretty and smart, drinking infused water will be finest option. Drinking a lot of tasteless water is quite boring instead of that making it a treat is better option, by converting it into infused water. Infused water is made by natural ingredients and it gives a natural taste. It’s better to drink infused water rather than commercially available juices. You can infuse water by number of vegetables, fruits, herbs, spices. Apple fruit and cinnamon detox makes the best, tasty and delicious infused water. 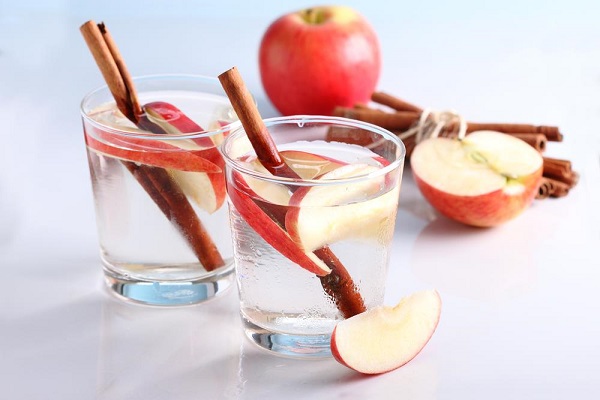 Here is apple cinnamon detox recipe; Take a large glass bottle, mostly available in markets, or glass jar. Wash it properly. Take an apple, slice it well. Pass the cinnamon stick from the slice of an apple. Put this combination in glass bottle or glass jar and add cold water to it. Leave this for several hours or overnight in refrigerator and let it get dissolved. The longer it takes, the more delicious water will be. And here it goes, ready to serve. Well this is not a difficult task. You can refill the bottle, but the flavor won’t be the same as it was in first step so better repeat the task again for tasty treat. If cinnamon sticks are not available then you can use ground cinnamon powder as well because it is as effective as the whole cinnamon.

When you are using natural and fresh ingredients to make detox water then you don’t have to be doubtful about the benefits because apple and cinnamon has so many benefits and it becomes a natural detox. 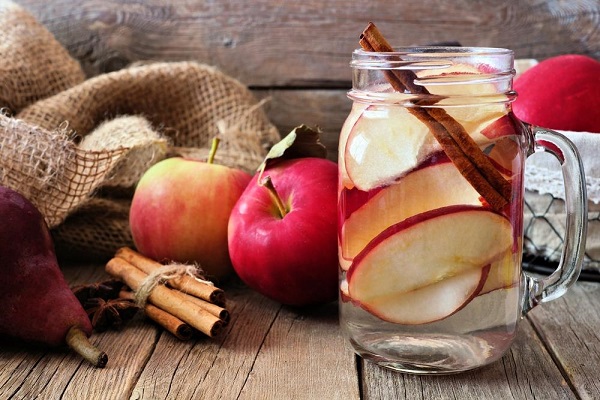 When you are working on weight loss plan and you want to lose some pounds then you have to keep in mind that natural detox can be only effective when you ditch sugary drinks, soda drinks, caffeinated drinks, cream cakes and other calories from your diet. Otherwise, this detox will not work effectively so you need to change your lifestyle. If you are making an effort to drink detox then why not improving your lifestyle. This detox works great when you improve your eating habits.

Some points should be kept in mind while making infuse water. Firstly, the fruit should not be over ripe because it will give a sour taste. Secondly, fruit should be sliced in thin pieces so it can easily dissolve in water. Thirdly, use thin cinnamon.

Apple and cinnamon infused water benefits are; weight loss, fresh skin, removal of dark circle, increase red blood cells, and help in making strong immune system. Drink apple cinnamon infused water leads towards the healthy life. So, those who want to lose weight should consider this detox as it is not a waste of time.